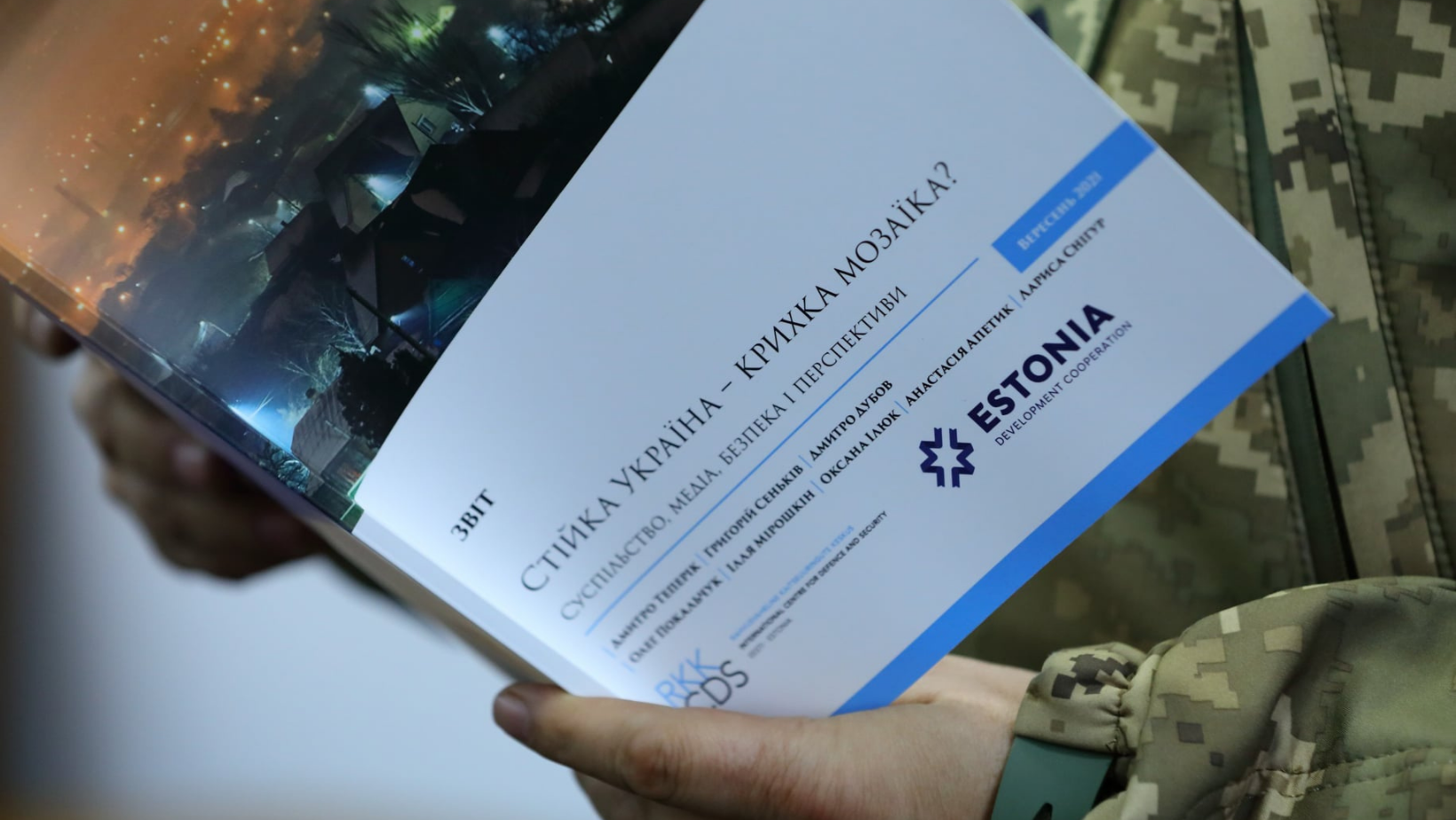 The research was conducted and presented by the International Centre for Defence and Security (ICDS) within the "Resilient Ukraine" programme.

Commander-in-Chief of the Armed Forces of Ukraine Lieutenant General Valeriy Zaluzhny, Ambassador Extraordinary and Plenipotentiary of the Republic of Estonia to Ukraine Kaimo Kuusk, Defense Attaché of the Estonian Embassy in Kyiv Colonel Vahur Murulaid,  Director of the International Centre for Defence and Security (ICDS) Indrek Kannik took part in the event. At the same time, members of the expert team of the "Resilient Ukraine" programme, namely Dmitri Teperik, the programme director, Yuriy Tsurko and Yulia Kaplan, the programme experts, and Illia Miroshkin, the national programme coordinator, presented the research.

Experts of "Resilient Ukraine" examined the gaps in information, communication and digital security of residents from southern and eastern Ukraine under the conditions of Russian aggressive policy as well as issues related to the perception of Russian armed aggression and topics that respondents consider conflict-driven.

Conclusions and results of the research were presented to military personnel whose activities are directly related to public relations and analysis of the socio-political situation, in particular to officers engaged in issues of civil-military cooperation,public affairs, strategic communications, as well as to representatives of the Operational Command "South"  and Operational Command "East".

“We pay serious attention to the issue of national stability, study the experience of other countries in combating hybrid threats, and take the best practices from experts and scientists. It is extremely important to understand the information and social environment for the effective implementation of assigned tasks and increase public trust to the national Armed Forces," - said the Commander-in-Chief of the Armed Forces of Ukraine.

Dmitri Teperik, the Director of the Resilient Ukraine programme, assured that the Armed Forces have a high level of public trust and should continue to use this asset as efficiently as possible: “The servicemen of the Armed Forces of Ukraine are communicators with extraordinary credibility. It is you who should inform citizens about the pro-Ukrainian position regarding the aggression of the Russian Federation,” the expert concluded.

At the end of the meeting the Commander-in-Chief of the Armed Forces of Ukraine thanked Ambassador of the Republic of Estonia for unwavering support for the territorial integrity and sovereignty of Ukraine, and Mr. Kannik for systematic activities to conceptualize and develop stability in Ukraine. He also thanked the experts of the "Resilient Ukraine" programme for their work and presentation of the research.

You may read the research “Resilient Ukraine – a Delicate Mosaic?” via the link (in Ukrainian).

The research "Resilient Ukraine – a Delicate Mosaic? Society, Media, Security, and Future Prospects" was conducted during 2019–2020 by a group of Estonian and Ukrainian experts. The experts interviewed 30 focus groups of residents of southern and eastern Ukraine, including cities and towns such as Ochakiv, Mykolaiv, Kherson, Skadovsk, Henichesk, Nova Kakhovka, Chaplynka, Berdyansk, Melitopol and Mariupol. The study contains the views of residents of these cities on Russian aggression, the perception of Ukrainian servicemen and veterans of the Russian-Ukrainian war. The study also includes a comprehensive analysis of the relevant literature, surveys among subject-matter experts and analysis of social networks via using big data.

In spring of 2021, experts from Estonia and Ukraine conducted a poll on potential conflict issues in society. This representative sociological survey has been conducted among residents of such cities as Severodonetsk, Lysychansk, Mariupol, Zaporizhzhia, Kharkiv, Sumy, Kherson, Mykolaiv, Odesa and contains the opinions of 3,200 respondents. This survey provides answers to questions concerning, in particular, the perception of Russian military aggression in eastern Ukraine and topics that respondents consider to be conflict-related. This survey also raises a number of other issues, including attitudes towards the country, stress levels, geopolitical views of the population, etc.

The International Centre for Defence and Security (ICDS) is the leading think tank in Estonia specializing in defense, security and foreign policy. ICDS  aims to be the regional knowledge hub of first choice for the security and defence communities of Estonia as well as its allies and partners.

The programme "Resilient Ukraine" aims at developing standards for measuring societal resilience of Ukrainian society and continuous improvement of this system. The programme has been implemented by the ICDS since 2016 with the support of the Estonian Ministry of Foreign Affairs within the framework of the development cooperation programme. 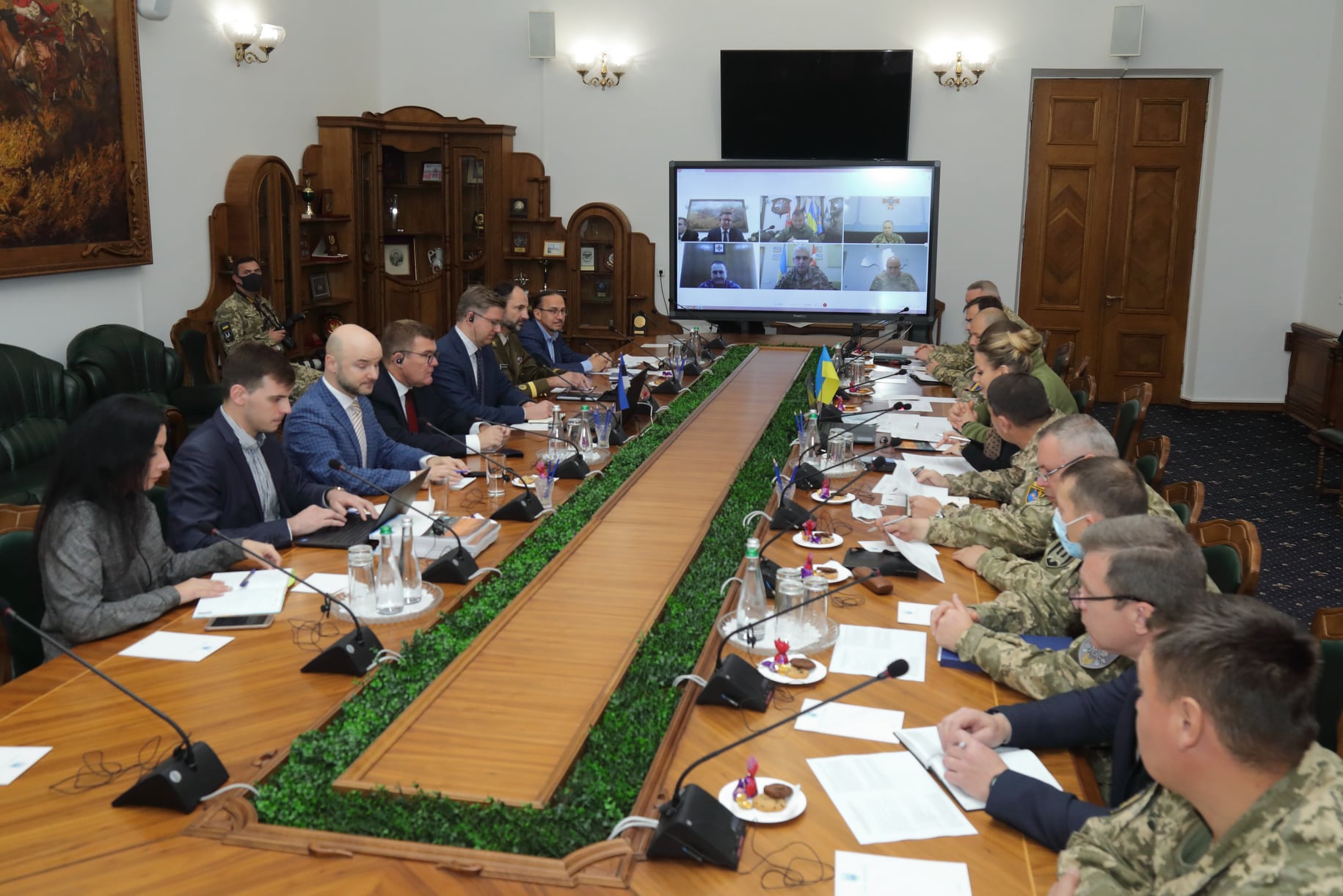 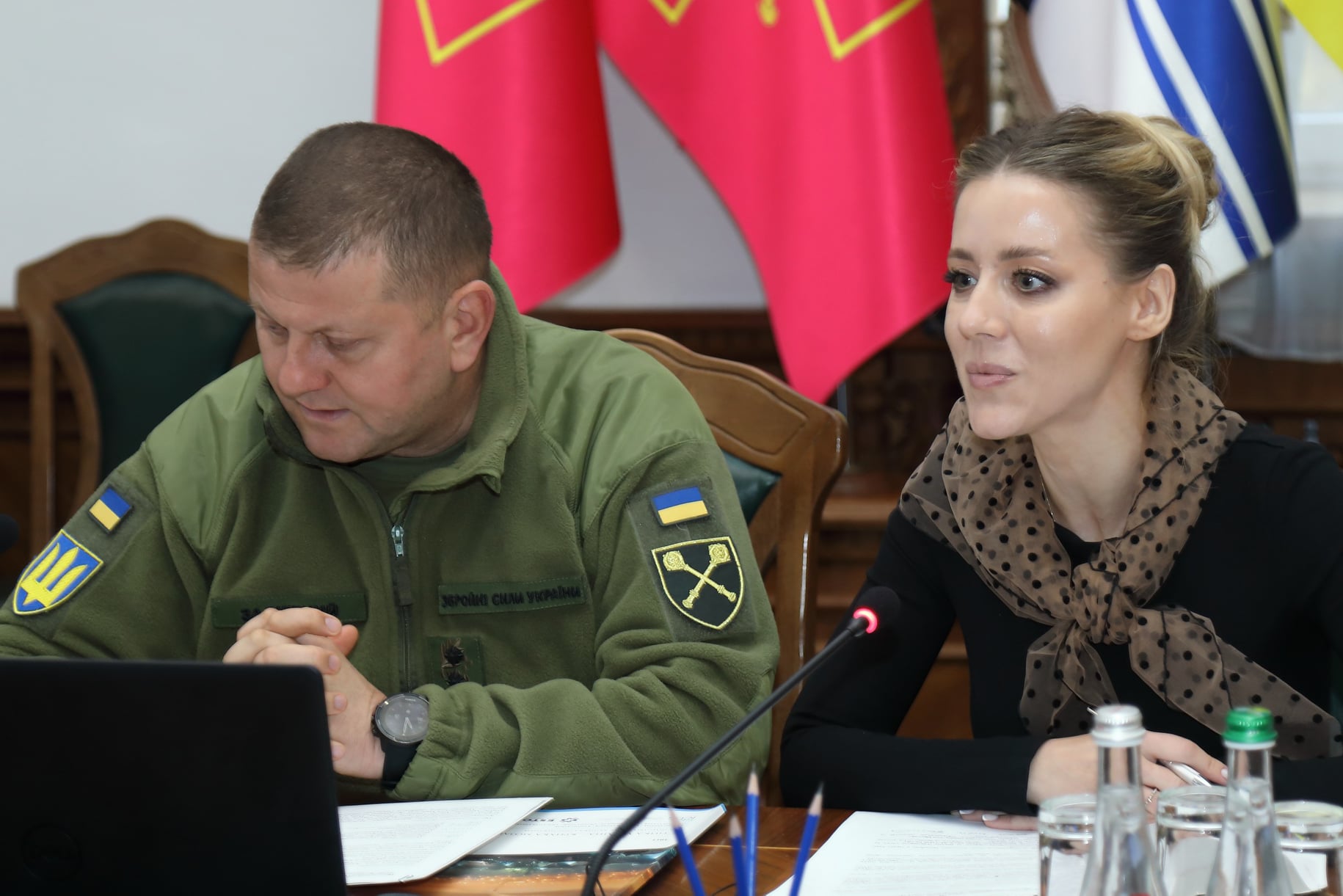 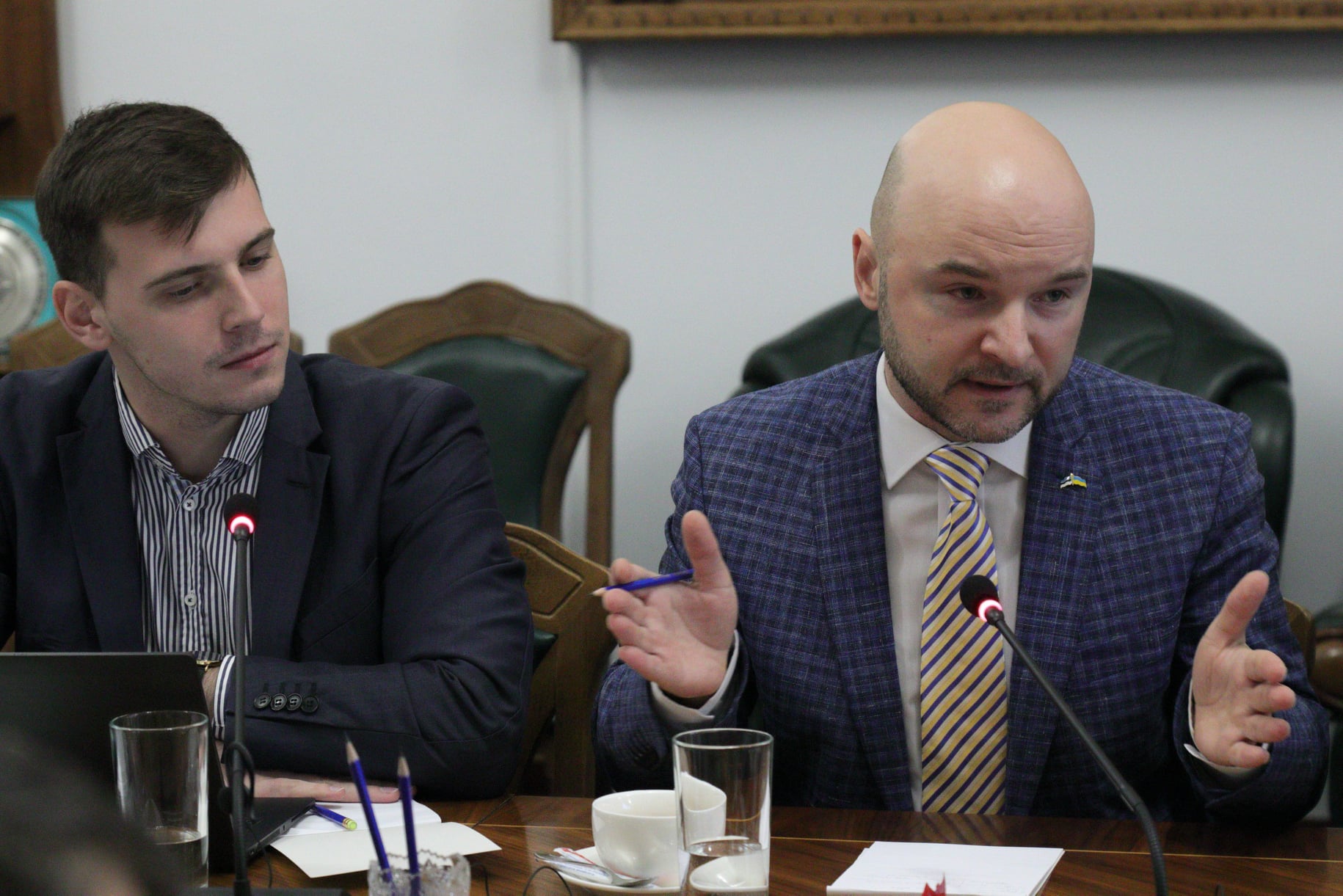 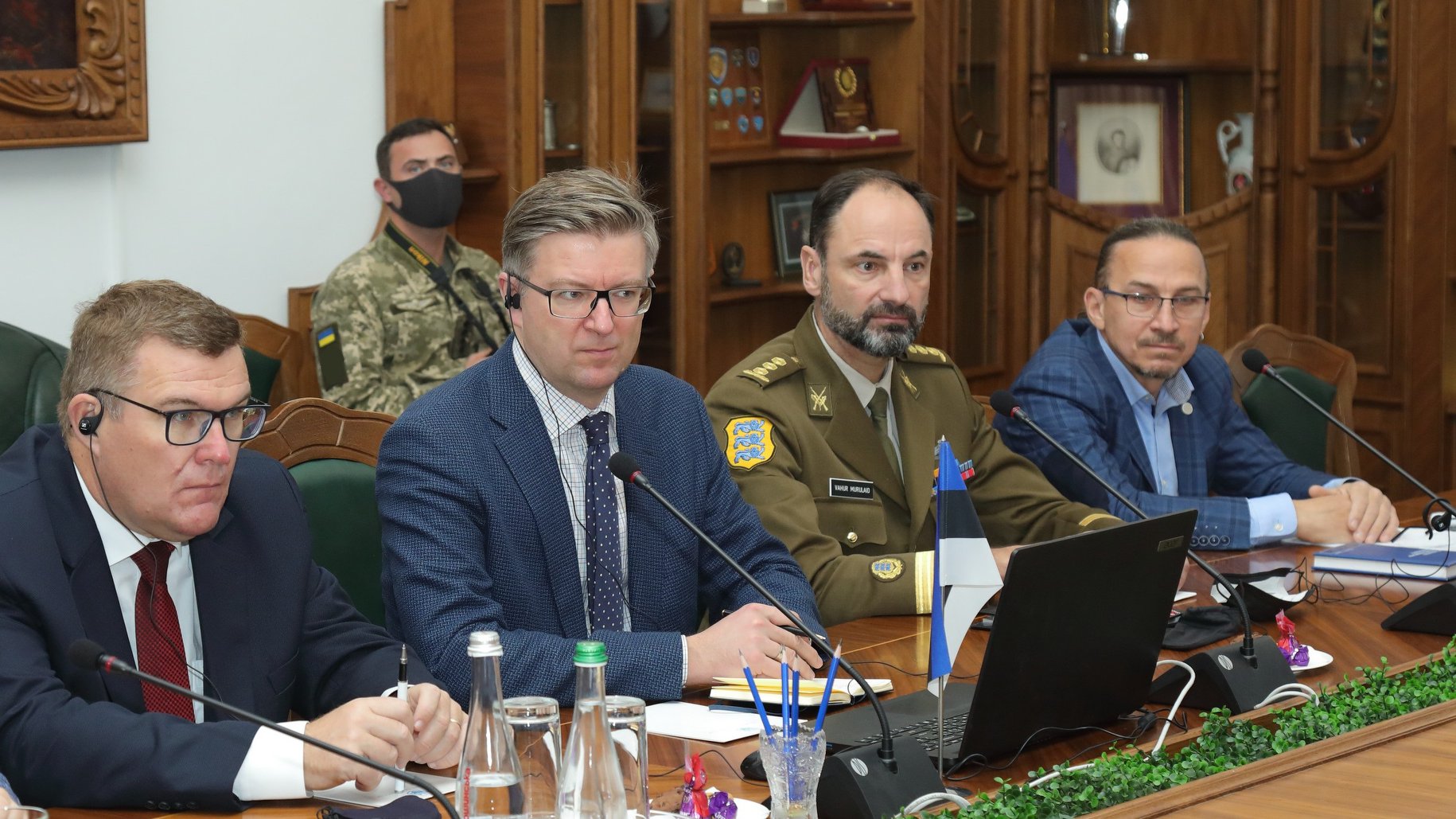 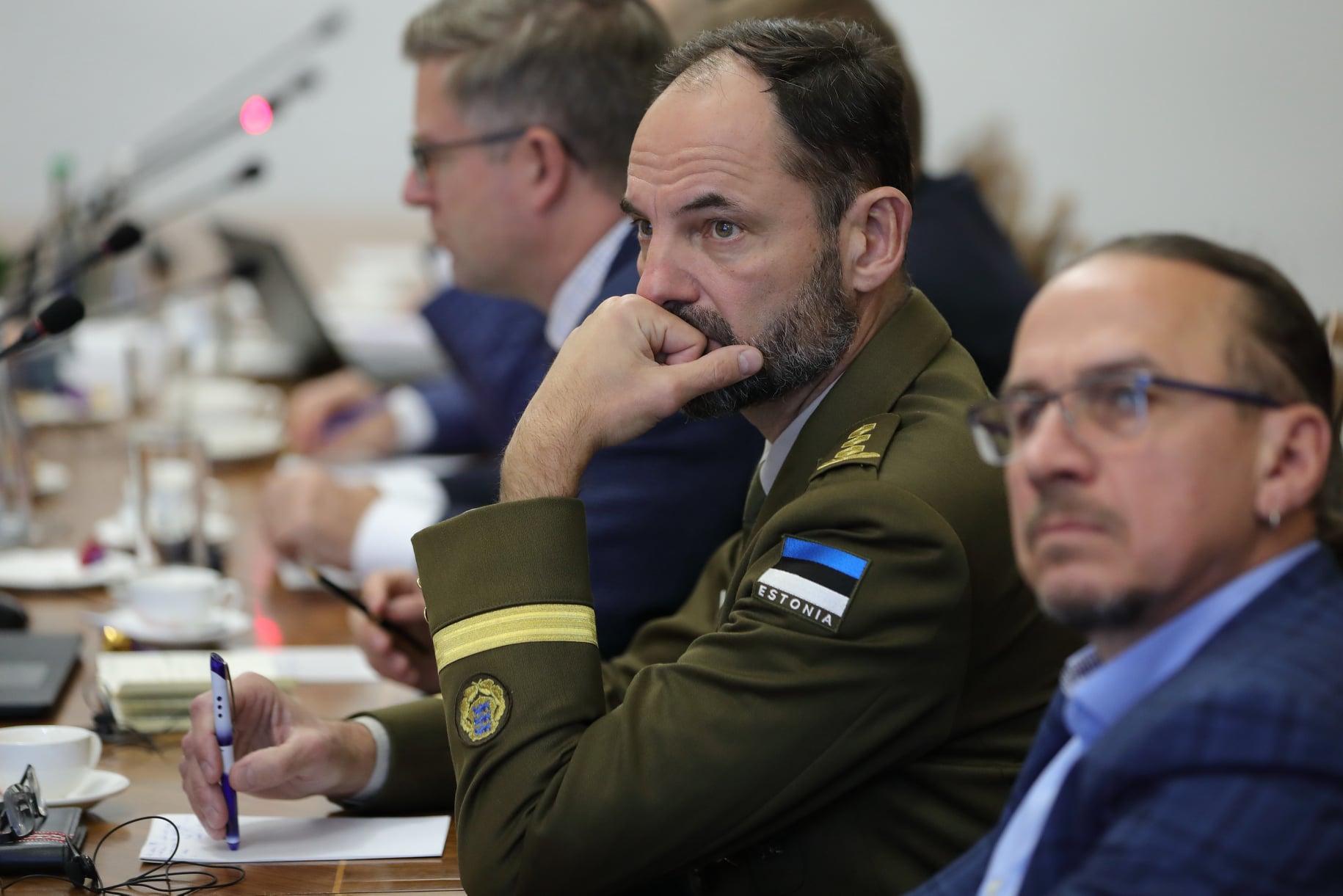 The presentation of the “Resilient Ukraine – a Delicate Mosaic? Society, Media, Security and Perspectives” research was held in Kyiv