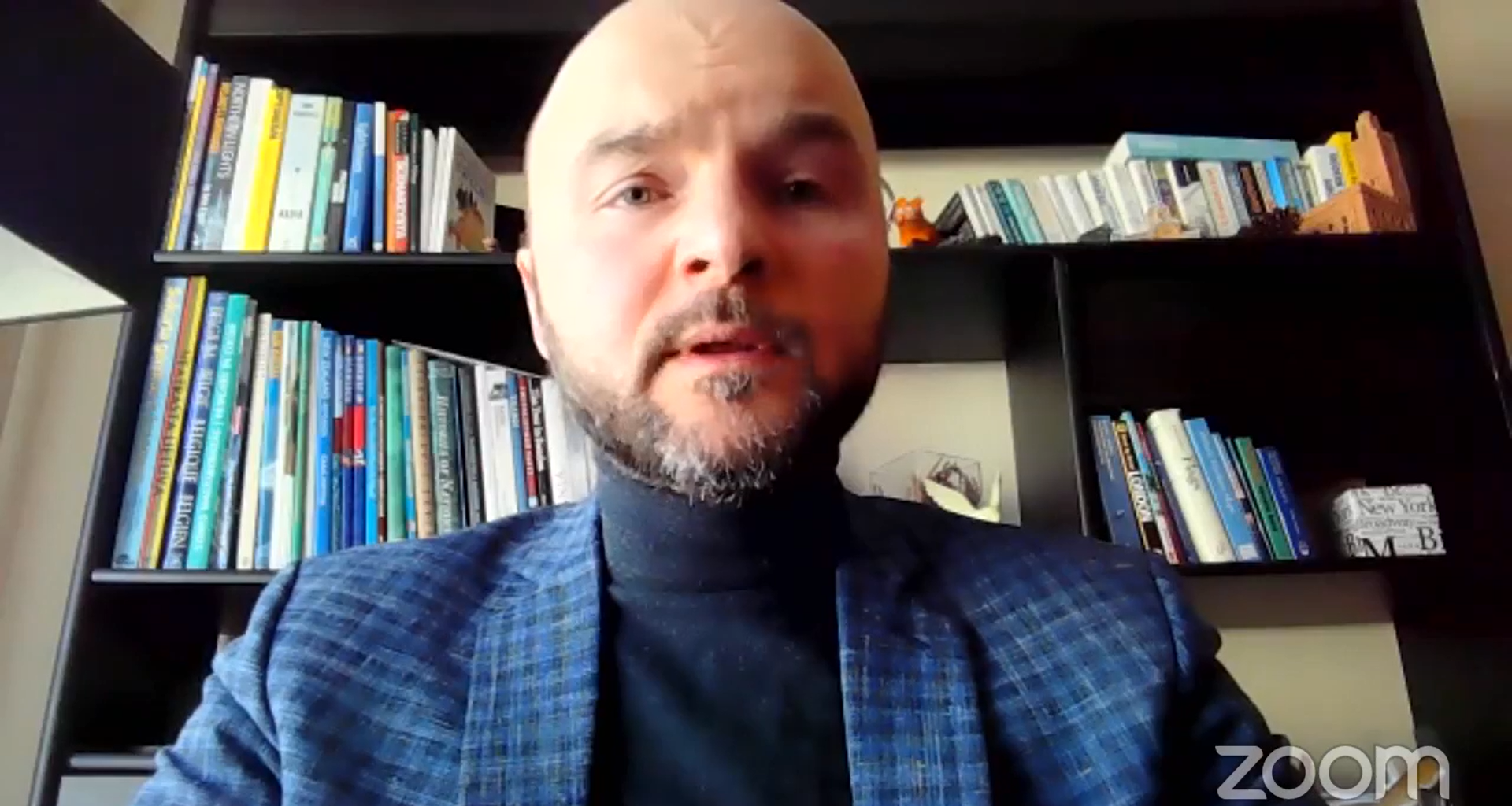 He outlined the commonalities of disinformation and malicious influence, explained how they are viewed by the security sector, in particular, in Estonia, described the peculiarities of influence and suggested some ways how to counter it in the digital environment.

"Disinformation campaigns are usually multi-layered and well-planned as their aim atchanging attitudes or behaviour patterns of different target groups, so that certain individuals forced to act or not to act in a particular way, to vote one way or another", - explained Dmitri Teperik.

He also shared the best practices of countering hostile influence in Estonia, which can serve as a good example for Ukraine and contribute to the strengthening of national resilience.

Dmitri Teperik added that nowadays few people rethink the concept of national resilience or fill it with some meaning: "One of the problems is that if this concept does not resonate among citizens, then it is only an invention of experts or bureaucrats. Therefore, the stories that are created and the actions that are carried out must be planned so that at least some of them engage civil society. Only then it will resonate among citizens, thereby having a potential to reduce their vulnerability to manipulation and influence operations."

The Resilient Ukraine team has been engaged in information, communication, digital and cognitive security analytics since 2016 with a strong focus on Ukraine.

Recording of the conversation can be watched herе.

Workshops with civil society organisations, scientists and international experts took place within the international seminar on resilience and security held during 20-21 May

These days in Sumy (Ukraine) were marked with panel discussions on resilience with regard to society, psychology, legislation, cybersecurity and many other related matters

35 subject-matter experts and officials from Ukraine, Estonia, Latvia, and Lithuania gathered to discuss current societal vulnerabilities and challenges to resilience building in the context of the COVID-19 pandemic. The international event consisted of public and closed parts conducted during 19-21 May 2021 in Sumy, Ukraine