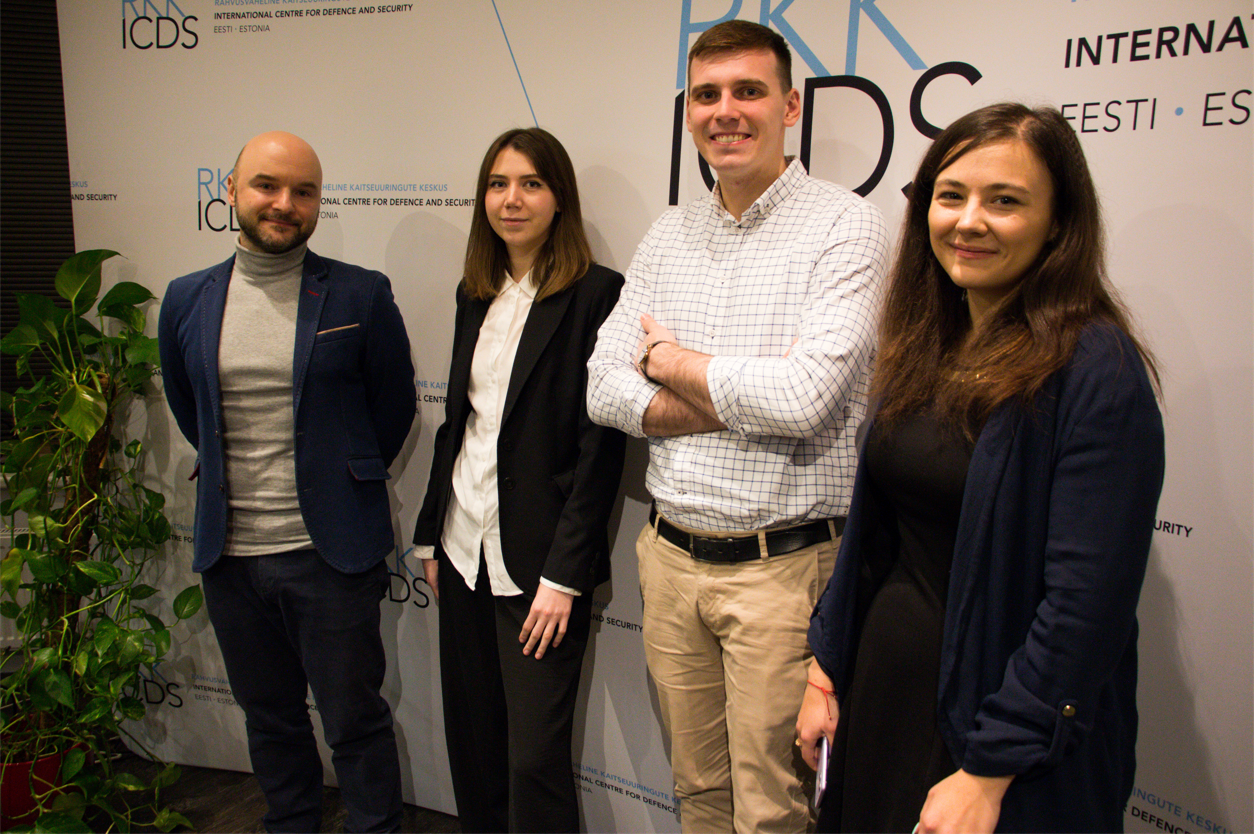 The research addressed information, communication, digital, and cognitive security as well as different aspects of resilience. One of them is a positive outlook. “A snapshot of resilience is that we should maintain a positive outlook for the future. In other words, we have to be optimistic because otherwise we would not be resilient”, said Dmitri Teperik, “Resilient Ukraine” programme director.

The roundtable discussion “Puzzle of Ukraine’s Resilience: How to Put and Hold It Together?” followed the presentation.

Ms. Yulia Laputina, the Minister for Veteran Affairs of Ukraine, opened the discussion by the video message where she stressed that the events of 2014 had resulted in significant changes in Ukrainian society. In particular, level of trust to the Armed Forces of Ukraine increased and the society itself turned from postcolonial into postmodernist one.

“People are no longer governed by imposed values and meanings but by values that are natural to our nation. They are will, dignity, responsibility, and trust. These are very complementary with the democratic European values”, highlighted Ms. Laputina.

However, Dr. Poturaiev pointed out that the key problem of international struggle against disinformation is the fight for the truth. “We all are losing the war for the truth”, noted the Chairman of the Parliamentary Committee on Humanitarian and Information Policy. In this context, the politician highlighted that we should counter hostile narratives which is one of the biggest issues in fighting against disinformation.

Russian disinformation was also the key topic addressed by Dr Michael Gentile, professor on human geography, University of Oslo, Norway. The expert paid special attention to conspiracy theories. “Conspiracy theories are literally one of the main weapons of mass disinformation that is being deployed by the Kremlin against Ukraine first and foremost”, stressed Prof. Gentile.

The expert also pointed out two major tendencies concerning the spread of conspiracy theories. Conspiracy is instrumentalized by political forces that are or were regarded as marginal. Another tendency refers to conspiracy of not being something new in Ukraine or other countries of the former USSR because the Soviet Union exploited them as some kind of glue in order to hold together at least some part of the Soviet ideology.

The second part of the discussion focused on the local level to address the colourful mosaic of Ukrainian resilience. Ms. Halyna Balabanova, Mariupol Community Relations Consultant for the EU Anti-Corruption Initiative, stressed on the issue of interactions between civil society and local authorities, especially regarding the duplication of functions between them and the role which the civil society should play. “Civil society should work and corporate during any emergency events to support local authorities”, highlighted the expert.

Also the intervention by Ms. Balabanova encompassed the issue of corruption that is a negative factor of maintaining resilience. In her opinion, the issue of mindset towards corruption among Ukrainians is particularly acute. “Сorruption is a way to indicate who are these authorities you need to pay to survive. These also are the values of surviving”, summarized the expert.

The research presentation “Resilient Ukraine – a Delicate Mosaic? Society, Media, Security, and Future Prospects” and the roundtable discussion are available to watch via the link.

Please explore the research publication via this link. 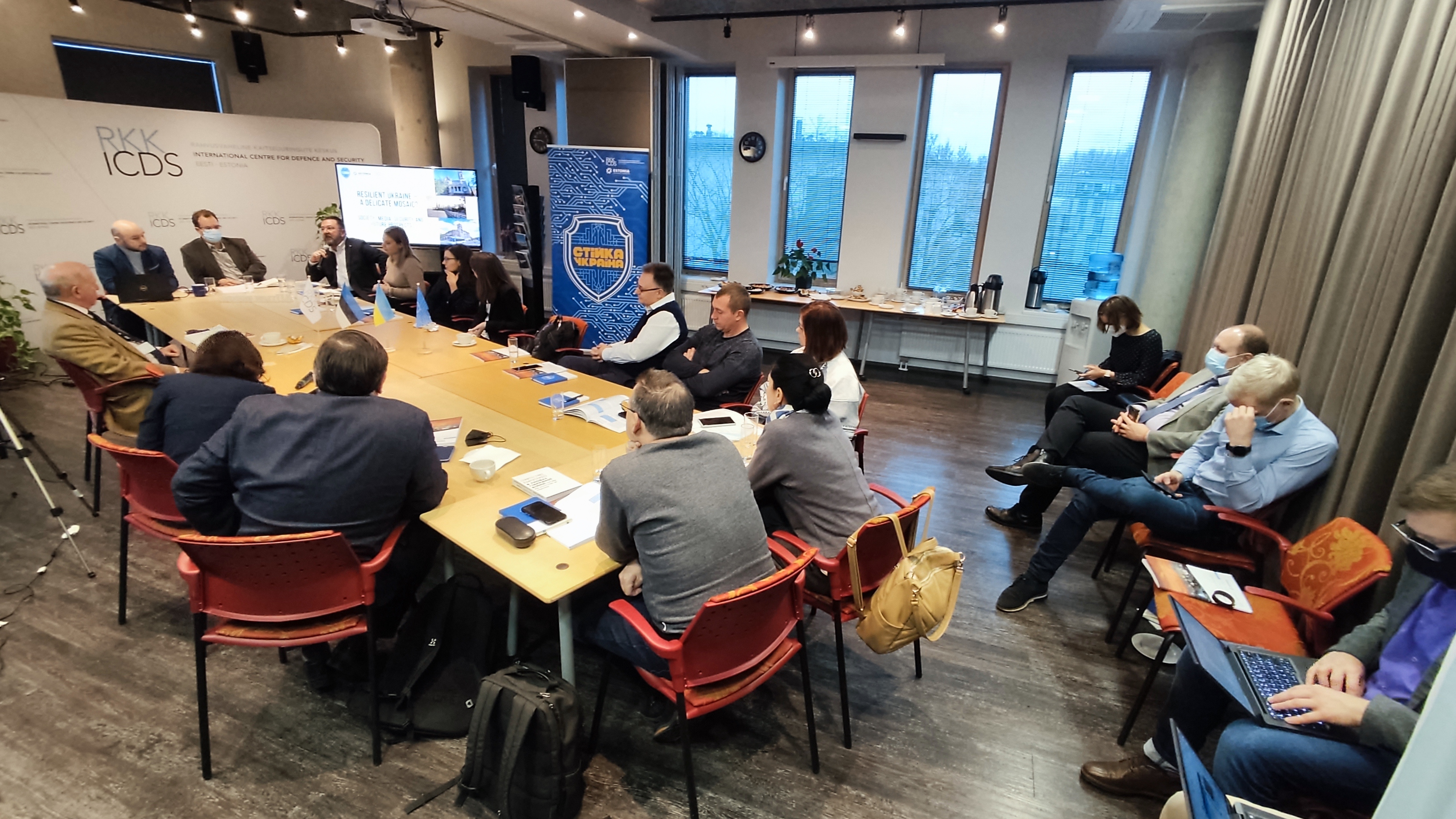 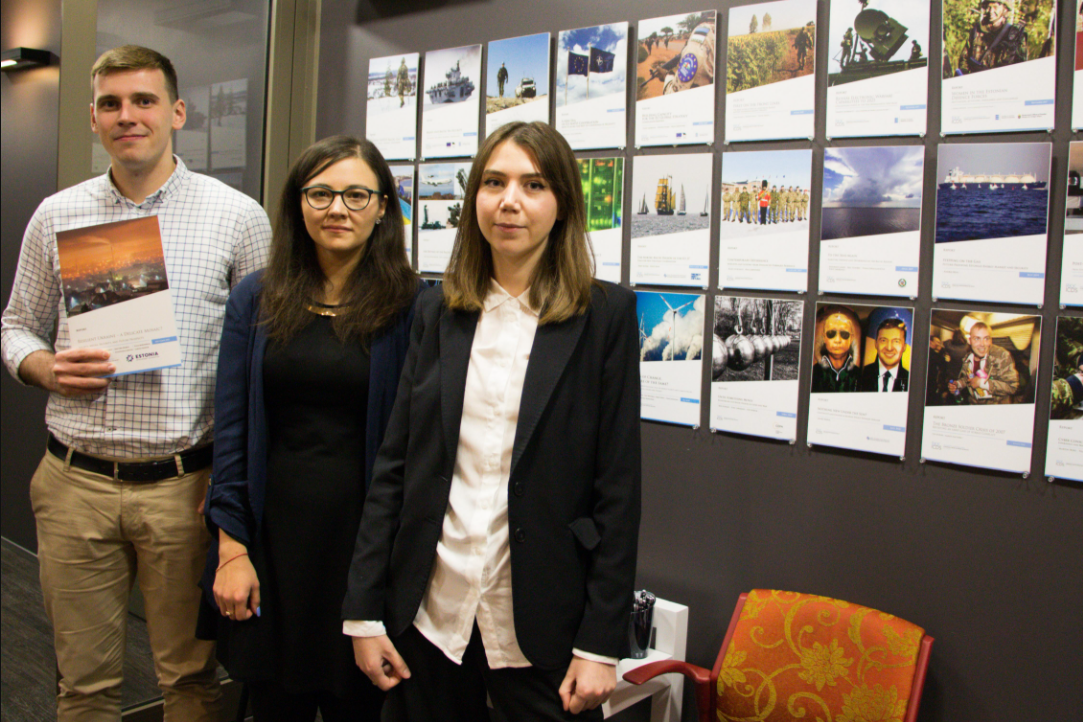 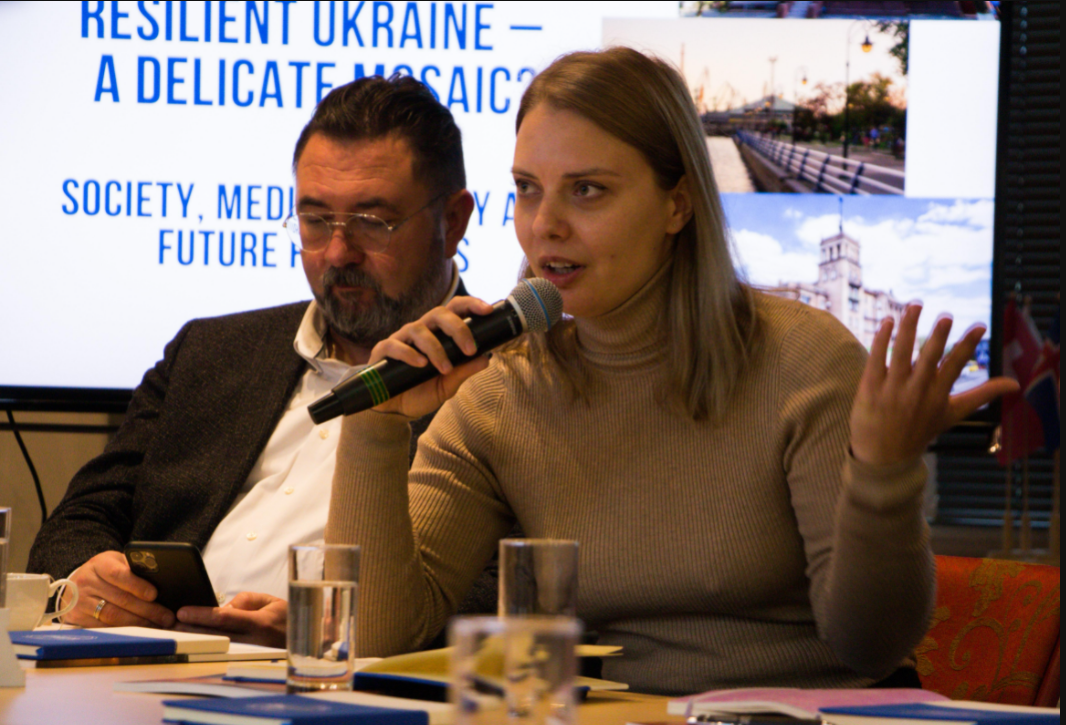 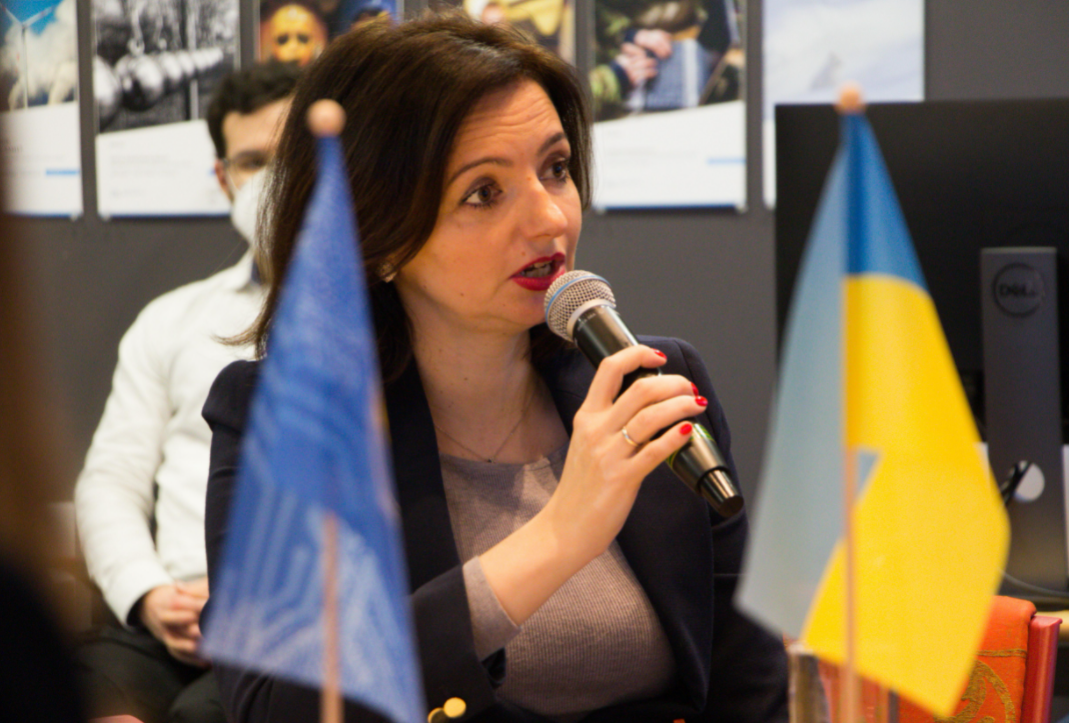 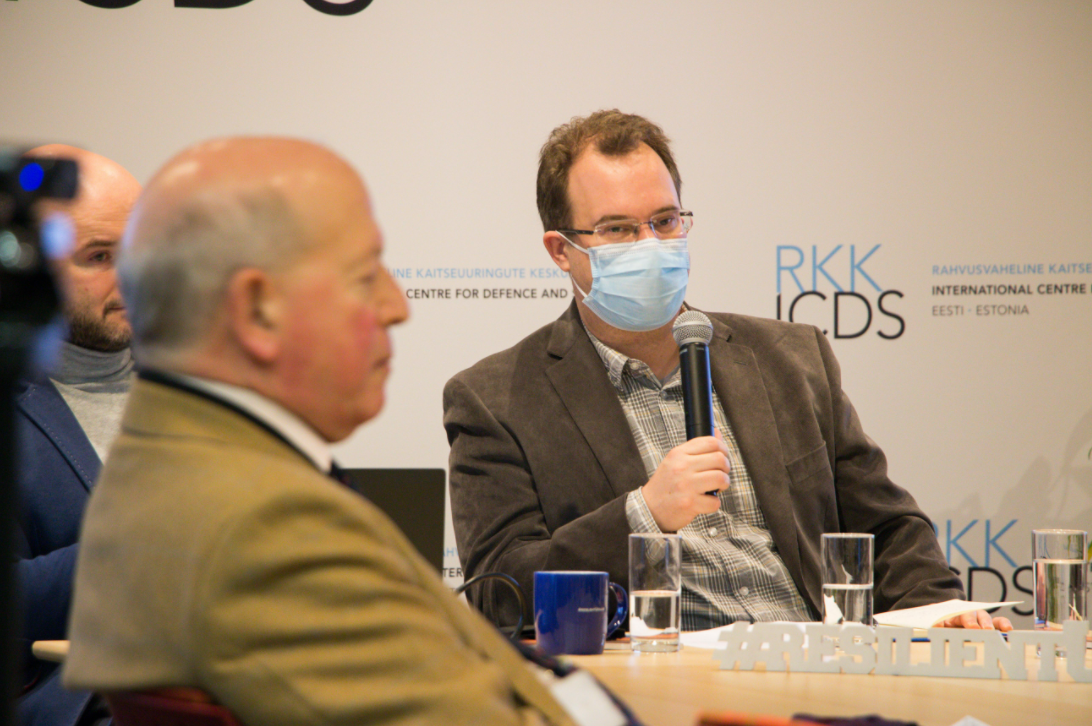 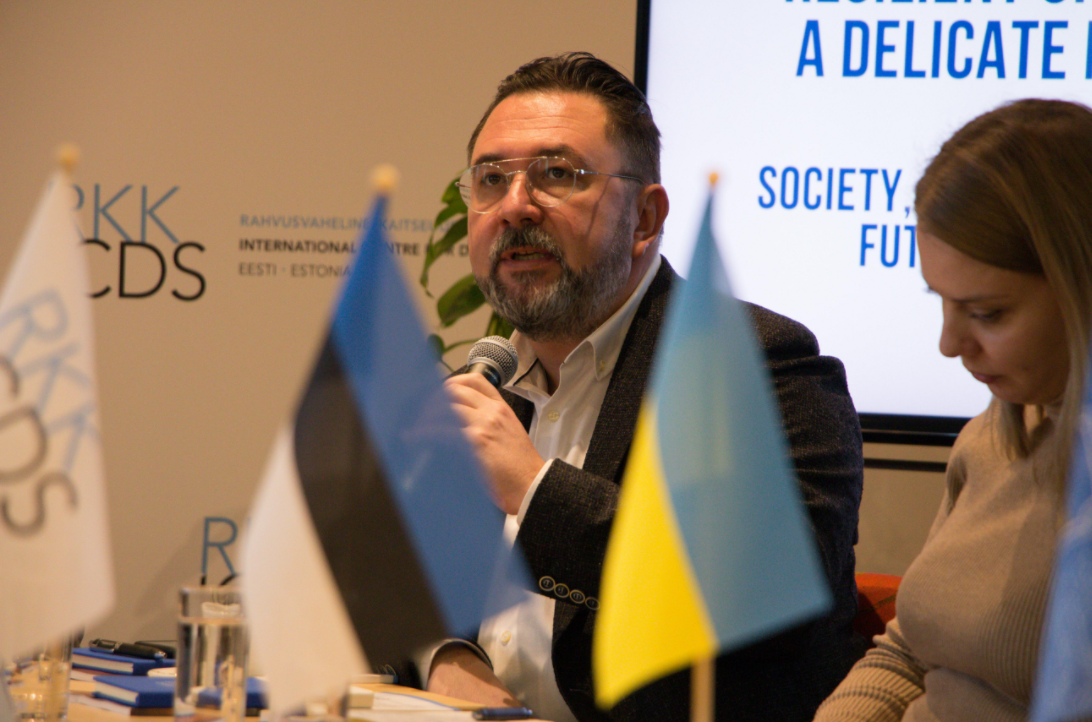 Expert of the programme “Resilient Ukraine” Mati Raidma has given a lecture on a relevant topic in Uzhgorod.