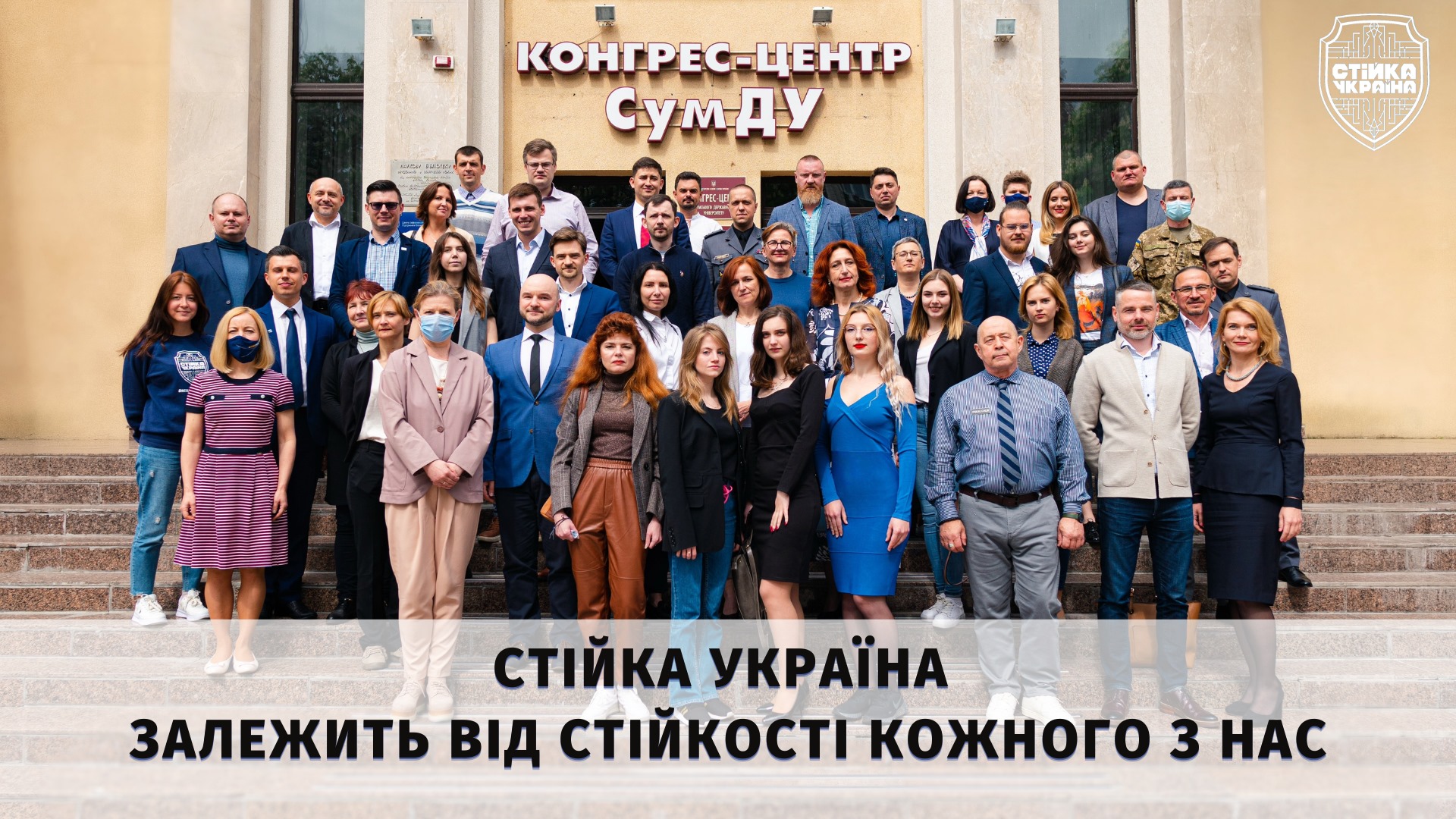 35 subject-matter experts and officials from Ukraine, Estonia, Latvia, and Lithuania gathered to discuss current societal vulnerabilities and challenges to resilience building in the context of the COVID-19 pandemic. The international event consisted of public and closed parts conducted during 19-21 May 2021 in Sumy, Ukraine

During the first panel discussion on the transformational effects of international cooperation, Ms. Vineta Kleine, Director of the NATO Information and Documentation Center in Ukraine, noted that resilience is now an important aspect of cooperation between NATO and Ukraine, which is a valuable and reliable ally and partner for the North Atlantic Alliance. According to Ms. Kleine, special attention should be paid to creating a system of effective counteraction to hybrid threats and challenges related to pandemics, cyber security, special operations and disinformation campaigns. In this context, she emphasized the importance of media and information literacy for the general population as a guarantee of counteracting hostile propaganda against democracies.

Mr. Dmitri Teperik, ICDS Chief Executive and Programme Director “Resilient Ukraine” noted that resilience starts within people and as it affects communication patterns between the citizens and within the community.

Dr. Maksym Yakovlyev, Head of Department of International Relations, Director of School for Policy Analysis, National University of Kyiv-Mohyla Academy,  addressed the need to rethink NATO's role and the idea of collective security in the political discourse not only for Ukraine but also for the allies.

The issue of national identity provoked a lively discussion among the participants.  According to media expert, Deputy Minister of Information Policy of Ukraine 2017-2019 Mr. Dmytro Zolotukhin, this issue becomes especially relevant in the context of semantic wars for the right to "call things by their true names". In this regard, individual resilience is a vital component in the realities of declining confidence in social and government institutions.

“Not only citizens or institutions, but the whole social fabric itself is vulnerable, i.e. the system of social relations”, - said Dr. Iryna Eihelson, a representative of the Eastern European Network of the Global Partnership for the Prevention of Armed Conflict. According to Dr. Eihelson, social conflicts are normal for the formation and development of resilience. However, it is abnormal that these conflicts can be instigated by a foreign actor and used with hostile intent to polarise our societies.

The workshop participants agreed that propaganda is a completely natural phenomenon which can be spotted in various fields. According to Colonel Andriy Ostrovsky, Head of the Strategic Communications Department of the Office of the Commander of the Ukrainian Armed Forces, modern armed conflicts are shifting into the information sphere, where the struggle is happening not so much for resources but rather for consciousness.

In this context, all speakers emphasized a special role of the media, especially the issue of freedom of speech and press and the issue of civic attitudes during wartime. According to the invited experts, the media as an institution is most dynamically losing the public trust, particularly because of producing and spreading misinformation, disinformation, hidden ads and other manipulative content.

According to Ms. Yulia Laputina, the Minister for Veterans' Affairs of Ukraine, the media is currently one of the most vulnerable actors in the context of hybrid operations, which target also the state authorities, civil society and democratic processes.

The experts concluded the public part of the workshop with an agreement to foster formation of a professional network for effective dialogue and dynamic partnerships between governmental and non-governmental institutions to provide flexibility in countering threats and increasing societal resilience at international, national, regional and local levels.

The workshop was organised by the International Centre for Defence and Security (ICDS) and Research Centre for Regional Security at Sumy State University in partnership with Resilient Ukraine development co-operation programme with the support from the NATO Science for Peace and Security Programme.

The educational module on psychosocial support, crisis management and communications gathered about 120 first line practitioners, psychologists and social workers from Zakarpattia and Ivano-Frankivsk oblasts. The training was designed as peer-to-peer learning and was held in a hybrid format.

Ukrainian experts on strategic communications, PR and marketing shared their experience with Estonian colleagues on how to counter Russia’s aggression on the information front.