Resilient Ukraine cross-sectoral simulation exercises in Chernivtsi and Ivano-Frankivsk: learning to manage a complex crisis together 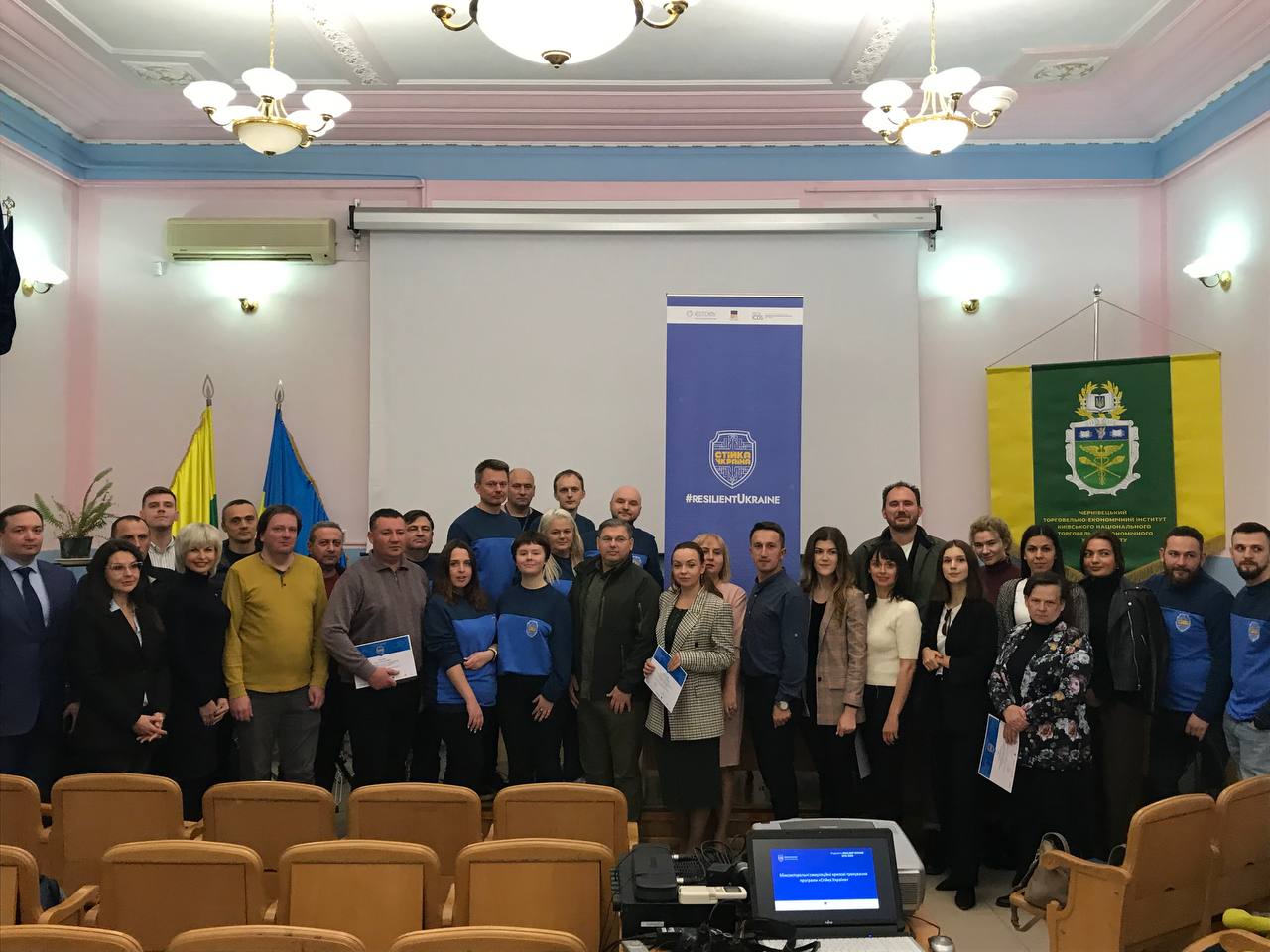 The framework of cross-sectoral crisis simulation exercises engaged more than 40 representatives of the state agencies, local authorities, civil society, media, business sectors and academia in the regions of Chernivtsi and Ivano-Frankivsk.

Simulation of a complex crisis situation was based on the multilayered scenario developed by the experts of the "Resilient Ukraine" programme.

The main task of the exercises is to promote multistakeholder approach to and shared ownership of resilience building among representatives of different sectors for more efficient interaction during real crisis situations. According to Dmitri Teperik, "Resilient Ukraine" programme director, cross-sectoral crisis simulation exercises aim at strengthening community resilience through three stages: crisis preparedness, survival and adaptability as well as recovery and rehabilitation after a crisis.

“The concept of resilience is a very practical one, so we are implementing it in Ukraine to promote skills of cooperation, coordination, horizontal communication and joint decision-making in order to be better prepared for complex crisis situations in the changing security environment in which Ukraine and Europe in general find itself," Dmitri Teperik said.

"The greatest value in cross-sectoral crisis simulation exercises are participants around whom the crisis scenario is focused and for whom such exercises are conducted. We create a safe learning environment for the participants to act within its framework in order to get a positive experience from it", emphasized the mentor of the project, Mati Raidma.

The exercises cover a wide range of topics, including the consequences of the ongoing war, technogenic emergencies, elements of disinformation, public safety, social security issues and humanitarian challenges.

"Any complex crisis situation, including the war, has a humanitarian dimension. Of course, Ukraine is waging the main fight on the battlefield, but attention should also be paid to those challenges that are present in regions far from hostilities. Large flows of IDPs, social and infrastructural overload, conflicts between people are only a small number of the problems that arise in Ukraine’s regions.They need due attention because local and regional stability also contributes to the victory and brings it closer. Therefore, humanitarian challenges are also included in our crisis simulation scenario", said Kaisa Üprus-Tali, project mentor, expert on social care, mental health and trauma mitigation.

Ruslan Zaparanyuk, the head of the Chernivtsi Regional Military Administration, participated in the simulation, took part in the role-play element within the scenario framework and gave a closing speech at the end of the exercises.

"I welcome this format to practice the skills of joint decision-making, cooperation and coordination within a complex crisis situation. It is very important to conduct such exercises because it is better to be prepared within a simulation than to learn your mistakes during a real crisis," stated Ruslan Zaparanyuk.

In the city of Ivano-Frankivsk, where crisis simulation exercises engaged similar cross-sectoral audiences, project mentor Mati Raidma noted that the format did not include testing professional skills of the participants or any official procedures they use in their professional occupation.

"Based on my more than twenty years of experience in crisis and emergency management, I can only say that during a real crisis, "plans and documents are burning”. The main thing is the interpersonal element and connections between people. Only what is trained to the reflex level remains," Mati Raidma explained.

"The format of these exercises is experimental to a certain extent to emphasize joint learning and exchange of experience between the participants. This is to highlight the experience of solving complex crises that Ukrainian society has demonstrated during this great war of freedom against the aggressor," said Dmitri Teperik.

"Defence and security are the most important things for Ukraine today. That is why I am grateful to the International Centre for Defence and Security, in particular to the "Resilient Ukraine" programme, for conducting such cross-sectoral crisis simulation exercises that promote the strengthening of Ukraine’s resilience on regional and local levels," Vitaliy Fedunkiv added.

A commemorative coin card issued by Eesti Pank, the Bank of Estonia, was presented to the distinguished guests who took part in the cross-sectoral crisis simulation exercises in Chernivtsi and Ivano-Frankivsk.

"This coin is a symbol of friendship between Estonia and Ukraine. Having Ukrainian design, it officially circulates within the EU with the inscription "Slava Ukraini - Glory to Ukraine," Dmitri Teperik concluded.

Representatives of the European Union Advisory Mission Ukraine (EUAM) also visited the cross-sectoral crisis simulation exercises in Chernivtsi and Ivano-Frankivsk as observers. EUAM provides support to its Ukrainian counterparts to expedite a sustainable reform of the civil security sector by providing strategic consultations and practical support.

The "Resilient Ukraine" team plans to hold the next cross-sectoral crisis simulation exercises in Lviv, Uzhhorod, Lutsk, and Ternopil during October-December 2022. Stay tuned!

The International Centre for Defence and Security (ICDS) is the leading think-tank in Estonia specialising in foreign policy, security and defence issues. We aim to be the regional knowledge hub of first choice for the security and defence communities of Estonia, its allies and partners.

“Resilient Ukraine” programme aims at developing standards for measuring the resilience of Ukrainian society and continuous improvement of this system. The given programme has been implemented by the International Center for Defence and Security (ICDS) since 2016 with the support of the Estonian Ministry of Foreign Affairs within the development cooperation program.

The project “Strengthening Ukraine’s Societal Resilience through Building Regional Expertise and Analytical Capacity in Civil Security Issues” is implemented with financial support from the U.S. Department of State Office of the Assistance Coordinator for Europe and Eurasia under the Eighth Round of the Development Cooperation Partnership (DCP) Program. 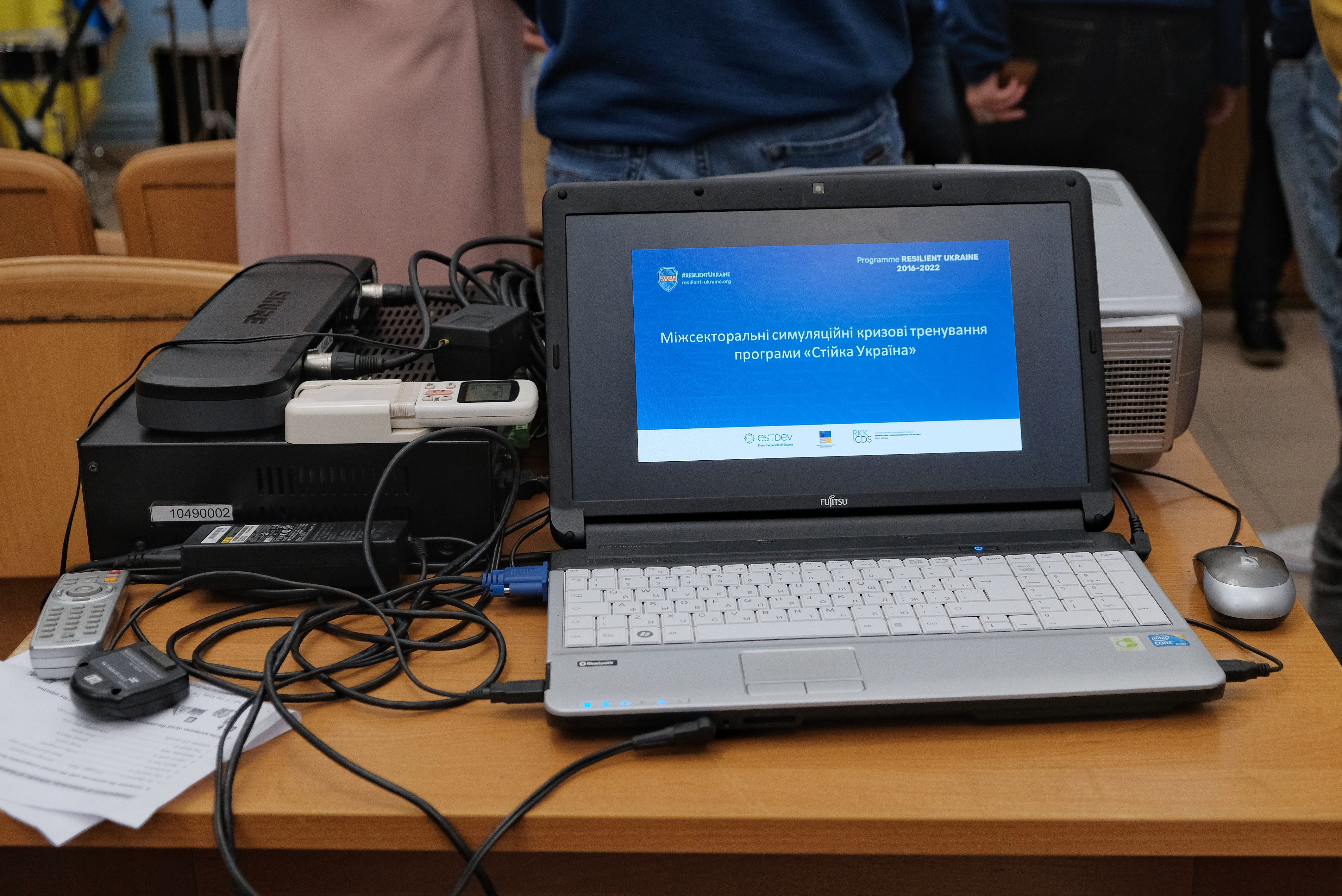 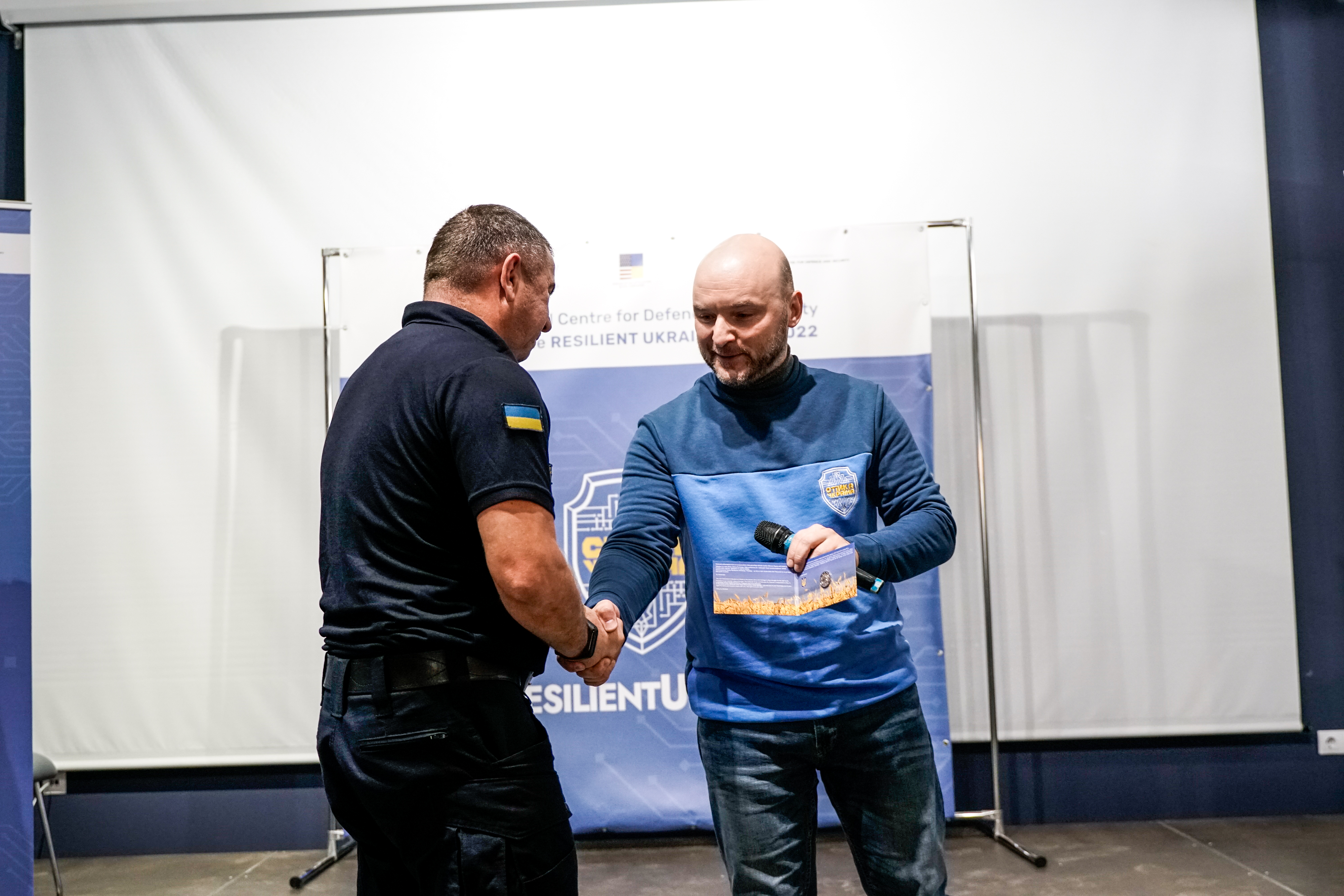 From 3 to 4 November, the "Resilient Ukraine" programme held cross-sectoral crisis simulation exercises in the city of Uzhhorod to strengthen resilience at the local and regional levels.